How Long Are Dogs In Heat 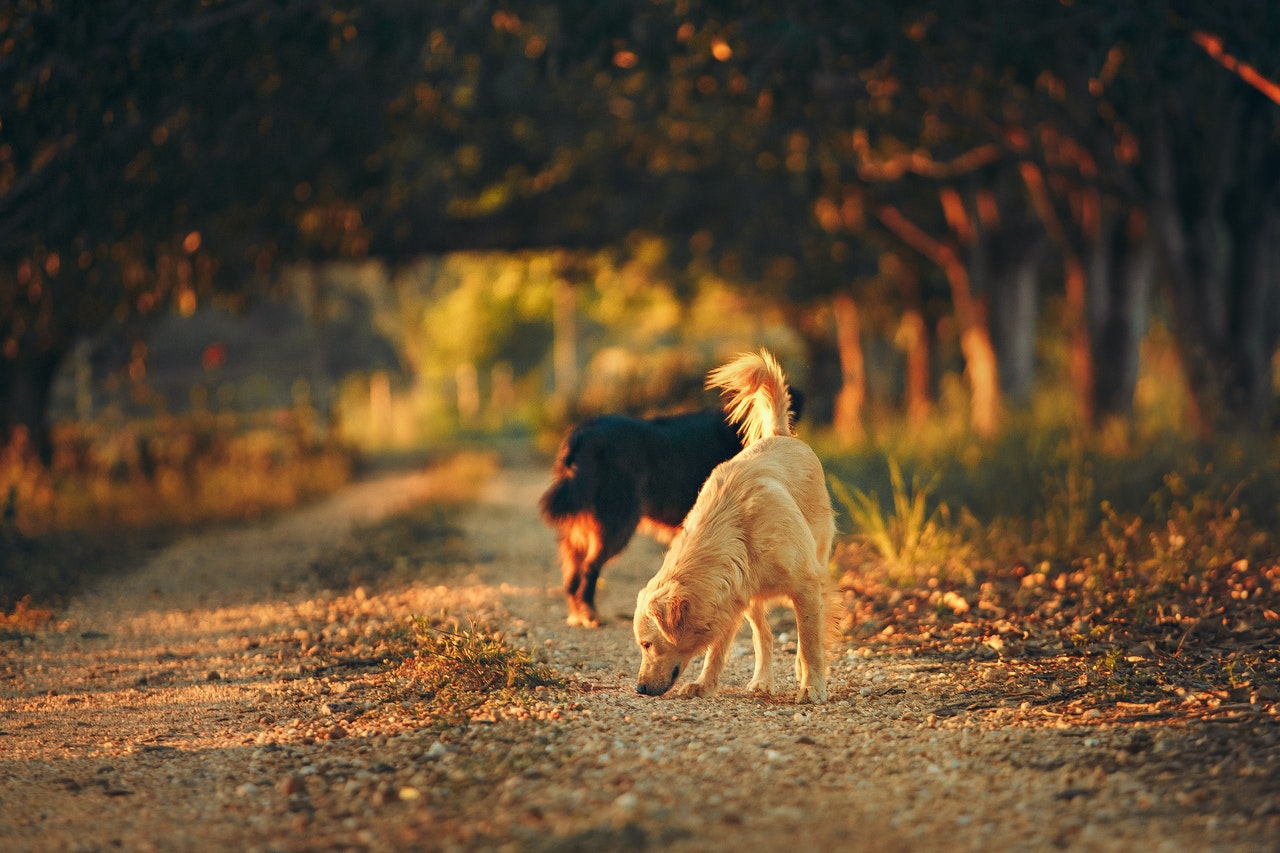 When it comes to the life of an intact female dog, there comes a point when she is ready to reproduce.  So we are asked how long are dogs in heat? Being in heat is the term used to describe this period. The stage of heat, also known as estrus or season, expresses itself in a variety of physical and behavioral manifestations.

Many of the estrus factors, such as the frequency with which they occur, the length of time they last, and the intensity of their symptoms, are determined by the age and breed of your dog. It’s possible that your dog is experiencing symptoms that are specific to them.

What Is Estrus or Heat?

It is a phase of the female dog’s reproductive cycle. She is most receptive to mating with males during this time period. Her oestrogen levels rise for a short period of time before dropping precipitously, resulting in the discharge of eggs from her ovaries. She may also have a bloody discharge from her vaginal region. All of this will occur if you do not spay or neuter your dog.

Dog Behavior While in Heat

It is necessary to break down the various stages of a female dog’s usual 21-day heat cycle in order to better comprehend the indicators of a female dog in heat. Always remember that the 21-day cycle is only meant to serve as a guideline, and that every dog is unique.

Dogs normally experience two heat cycles per year, but each dog is unique in terms of the length of the heat cycle, the amount of discharge, and the hormonal changes that occur.
There are several evidence which suggest that some female dogs in heat would even abandon their homes to seek out a mate.

However, other unpredictable actors are present in this process as well. When a female dog is in heat, both male and female dogs are affected. They are very commonly alerted to a female dog’s heat cycle and begin tracking it as a result. Once your dog has been spotted, no barrier will be high enough to keep him out. No matter what, he will find a way to get away!

What Should You Do When Your Dog Gets Her Period?

The two major problems you’ll face while your dog is in heat are male attention and the blood.  First and foremost, you must isolate your dog and keep her away from any unneutered male dogs, including those that are related to her.

In addition, always keep her on a leash when you leave the house, and never leave her unattended outside, even if your yard is completely enclosed. The second problem that can arise during estrus is bleeding.

Finally, you might want to experiment with diapers. They’re a simple solution to keep the mess contained while allowing your dog to roam freely in the home.

What are the Four Stages of the Canine Heat Cycle

In your dog’s heat period, proestrus is the initial stage of the process through which the body prepares itself for mating. This period lasts approximately 9 days on average. Her vulva will expand, and you may see a blood-tinged discharge from her cervix as a result.

It is also possible that your dog will hold her tail close to her body and become more clingy to you than usual. This stage of the heat cycle marks the beginning of your dog’s attraction to males, but she will not be receptive to them and may snarl or bite if they attempt to mount her during this time.

Estrus is the period of time when a female is ready to reproduce and lasts around nine days. In this period, the amount of blood in her discharge will decrease. Female dogs will attract and accept males, and they will ovulate two to three days after mating, depending on the breed.

Your pet’s pee will most likely leave stains in your home or on your property when she is outside. This communicates to the male that she is ready to reproduce. If an unneutered male dog is in the vicinity, your female dog is likely to approach him and present herself for mating.

Diestrus is the stage that occurs after estrus, during which the female is no longer receptive to the male’s approaches. This stage lasts around two months. While oestrogen levels are low during diestrus, progesterone levels reach a peak 3 to 4 weeks after the start of diestrus and then begin to fall until they reach baseline levels by the conclusion of diestrus.

This spike in progesterone, followed by a fall, will occur regardless of whether or not the dog is pregnant. The cytology reveals a return to basal cells, with fewer red blood cells during the proestrus period.

Anestrus is the period of time between diestrus and the beginning of the next proestrus. For most breeds, this stage will last approximately 4 months, though some can continue significantly longer.

Symptoms include reduced vulva swelling and the absence of vaginal discharge. The body uses this time to allow the uterus to prepare for the possibility of a subsequent pregnancy. Basal cells are seen on the cytology slide.

How Often Do Dogs Go Into Heat?

Once estrus has begun, it may take several days or weeks for the cycle to become regular again. Some canines can have a regular cycle for up to eighteen months before they become regular. If possible, keep a record throughout these early stages. Once this occurs, the average frequency is approximately every six months.

Smaller breeds may go into heat more regularly, as many as three to four times a year in some cases. Greater breeds of dogs, such as Irish Wolfhounds, St. Bernards, and Great Danes, may only go into heat once every 12-18 months or less.

Female dogs, unlike humans, go through cycles of estrus throughout their lives, although the interval between cycles will become longer as they age. With the exception of purebred dog breeders, the vast majority of pet owners choose to neuter their female dogs before the first heat cycle.

Some specialists feel that doing so lowers the risk of developing breast cancer and other diseases. It also eliminates the potential of unwelcome litters from occurring.

How to Prevent Your Dog From Going Into Heat

The only way to keep your dog from going into heat is to have her spayed as soon as possible. Spaying is strongly suggested for all female dogs, unless you intend to breed them to increase the strength of the breed. Your dog will have a lower risk of developing mammary cancer after she has been spayed. Additionally, she will be unable to get uterine infections or go through the heat cycle.

While your dog is in heat, you can have her spayed, but the procedure is more difficult and requires more expertise. Consult with your veterinarian to determine the most appropriate time to spay or neuter your pet.

Overall, caring for a dog while she is in heat is a difficult task. You must pay close attention to her physical and mental requirements, showering her with care while also being mindful of the fact that she may become irritable.  Spaying your dog is the quickest and most effective approach to completely avoid dealing with estrus.

How Long Are Dogs In HeatHow to Prevent Your Dog From Going Into Heathow-often-do-dogs-go-into-heatWhat Should You Do When Your Dog Gets Her Period?