How To Stop Puppy Biting? 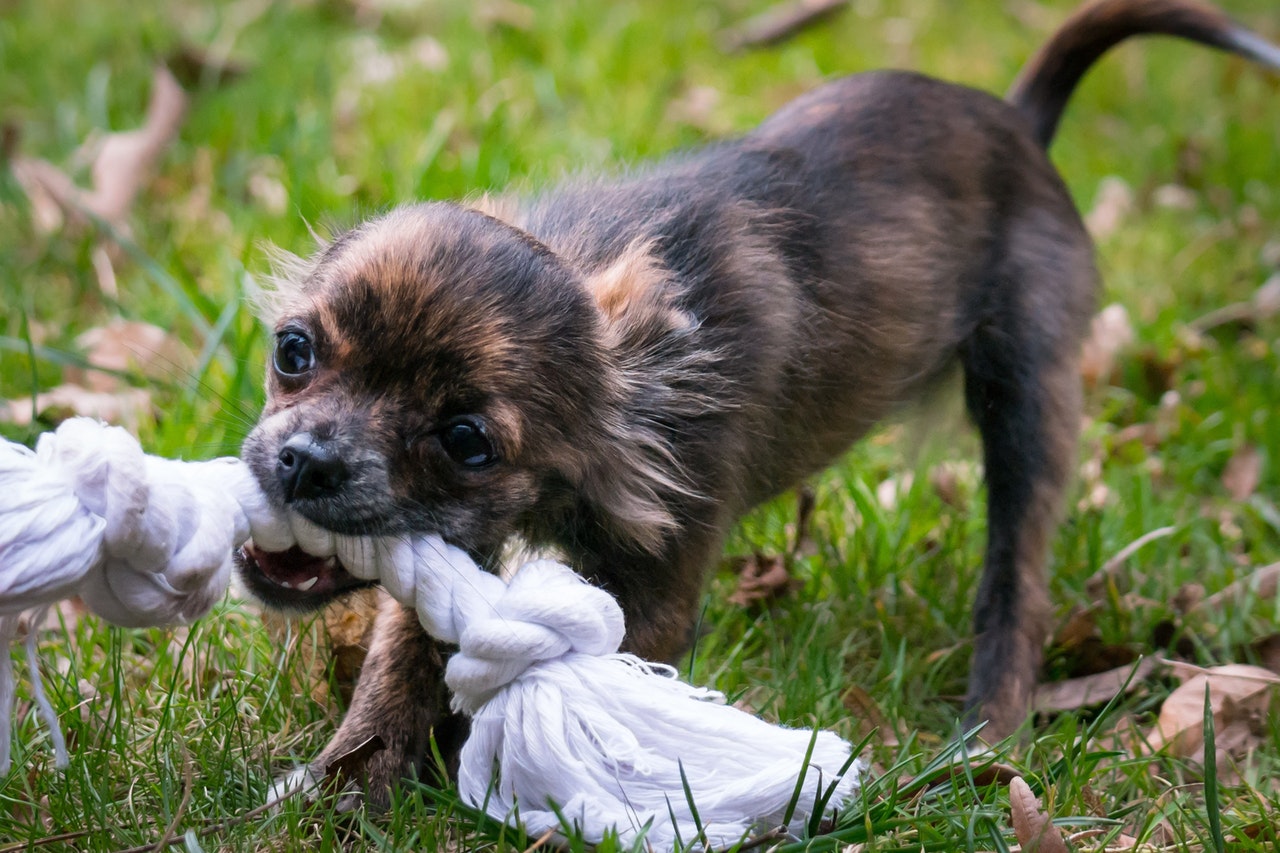 A puppy’s natural impulse is to bite to satisfy his playful curiosity as well as to ease the discomfort of teething. Puppies start biting as they are born. During the teething stage, animals commonly chew on things to minimize discomfort.

Many dogs prefer to manipulate objects with their jaws rather than their paws. Chewing is a necessary part of learning for puppies. What can be chewed and what can’t is up to you to teach them.

When puppies are young, they have no concept of what it means to have a “desire to mouth,” let alone how to satisfy it. They simply mouth whatever is closest to them (often their owner or a piece of furniture). It is your responsibility as the owner to set aside specific times each day for your puppy to chew and to provide him with appropriate chew toys and safe areas to do so. This mean:

Don’t wait until he’s biting you to give him something to chew on; provide it to him beforehand. If you provide him chew toys on a regular basis, he won’t have anything to gnaw on and won’t feel the need to bite somebody.

While biting is a natural part of a puppy’s development, it is essential that you train them to bite in a manner that is appropriate to you. Success requires patience, perseverance and consistency. Seek help from a veterinarian if you’re frustrated by your puppy’s behavior. To successfully stop your puppy from biting you, follow the recommendations provided below.

Adequate Exercise: One Of The Best Ways To Stop Puppy Biting

Yes, exercising your dog is a great way to stop your puppy from biting. One of the most effective methods for reducing inappropriate behavior (like biting) in a puppy is to get him some exercise. When puppies aren’t getting enough physical and mental stimulation, they can become irritable and prone to misbehavior.

Taking a brisk walk around the block isn’t the norm when it comes to getting in some exercise. It may be a game of fetch or tug or some other form of play, but the goal is the same: to tire out your dog. The more energy that your dog exhausts, the better it will be for him/her.

Jogging is another option for getting the heart rate up, but watch out not to exhaust your pup in the process. In the long run, excessive exercise can lead to joint problems.

Socialization Will Help Stop Your Puppy From Biting

Increasing your puppy’s socialization is another way to keep him from biting everything. Put them in a doggie daycare or a puppy school for a little period. Not only will you be providing your dog with the necessary socialization that he is lacking, but in the process, he will also learn a lot of good doggie manners, including improved bite inhibition.

You can expect them to learn from other dogs that rough play and too much biting aren’t tolerated. Keep introducing your puppy to other dogs even if you aren’t attending puppy kindergarten. When it comes to training, socialization is one of the first things that should be worked on, despite the fact that it is frequently neglected.

In addition to helping them develop socially, early socialization also makes bite inhibition training much simpler. You should take advantage of your puppy’s ability to learn from other dogs. They were pack animals before we domesticated them, so they’re adept at picking up new skills from their peers.

Remember To Reward The Positive Moments

Remember that teacher you had in elementary school who was always upset with students for making mistakes but never took the time to recognize their accomplishments?
You probably don’t remember the name of that teacher because you didn’t liked them so much.

When you’re raising a puppy, it’s easy to become overwhelmed in enforcing rules and punishing bad behavior. Taking a step back, you’ll see that your puppy is behaving in a very positive manner.

Praising the good times is an important part of helping your puppy overcome his puppy biting tendencies. Be sure to praise and reward your pup when they come up to you and let you pet them without getting nippy!

Reward your puppy if you see them chewing on a toy rather than your slippers or hand. Reward your dog when they lick your hand instead of biting it. Often overlooked, praising a puppy’s accomplishments is an important part of training.

Each victory deserves joy, treats, and praise. Your role as a puppy parent requires you to instruct your dog in the behaviors that you desire from them.

Teach Your Puppy “Leave It” And “Drop It”

When working with a nippy puppy who likes to put everything in its mouth, these two cues are essential. Tug-of-war is a great way to work on coordination and strength. When instructing these signals, one of the most common mistakes we people made is confusing the two meanings.

When a dog is still learning what we’re asking for, this can be extremely puzzling. If the puppy has something in its mouth that you would like them to drop, then “Drop it” will be used. In order to get your puppy’s attention away from the item, you should say “Leave it.”

Always keep in mind how important it is to be consistent, persistent, and patient when you are raising and training your puppy. It might be a lot of effort, but the work that you put in now will show when your pup matures into a well-behaved full-grown dog. Puppies are a great investment.