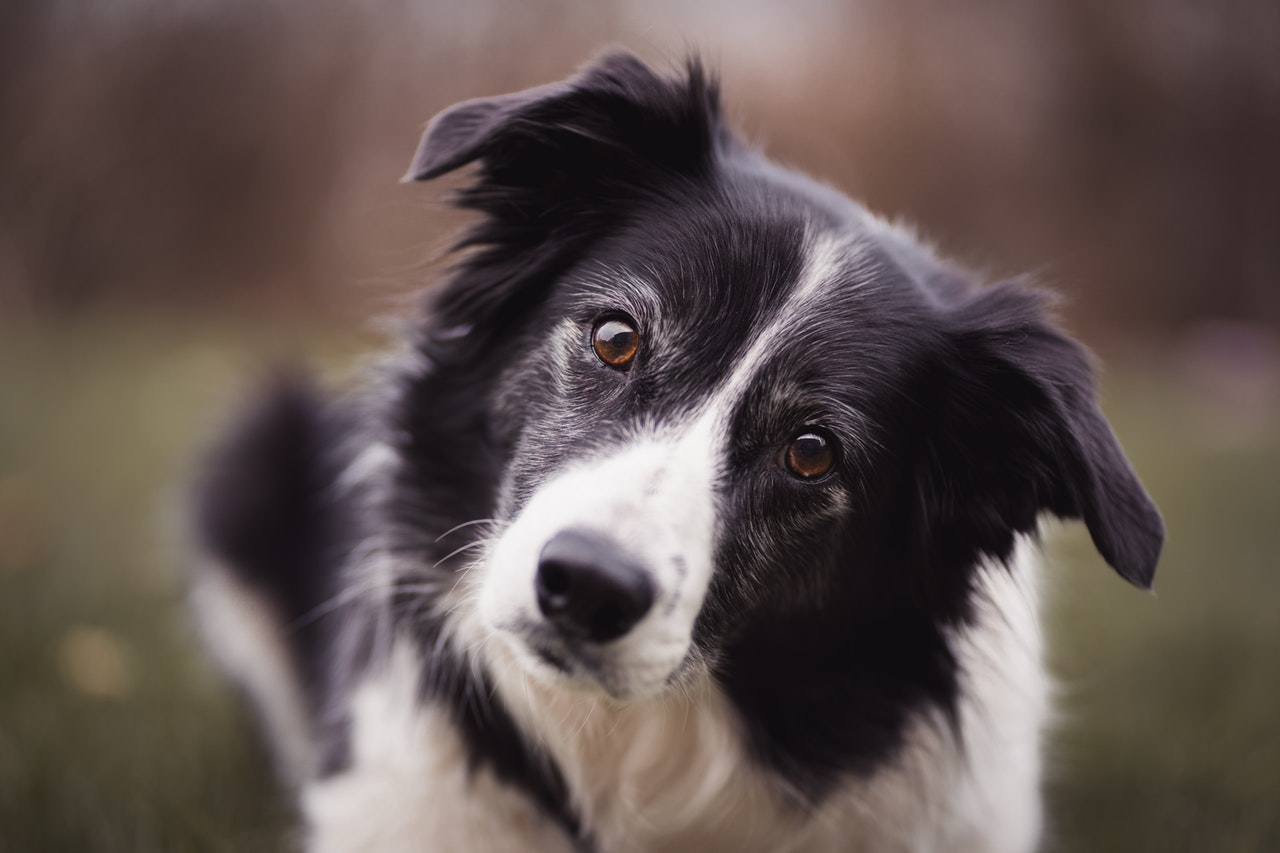 Dogs vary in temperament across different breeds in general. Looking for calm dog breeds to adopt? In our list of 10 Calm Dog Breeds, you’ll find a list of common breeds of dog that seem to be pretty chill – laid back and less likely to attack the mailman! 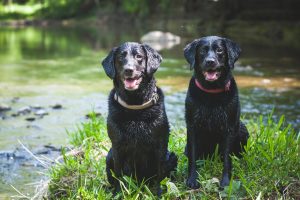 Labrador retrievers are a medium to large sized breed that were bred as retriever-gun dogs, assisting in hunting. These days, they are a popular breed with families with children due to their kind nature. These dogs can be obedience trained and have an independent spirit.

As great as they sound, they require lots of exercise and an outlet for some destructive chewing. Labrador Retrievers do not deal with confinement very well, so take them out for a run with you, or a nice long walk outside and keep those chew toys in hand! The Labrador Retriever easily makes the list of 10 Calm Dog Breeds. 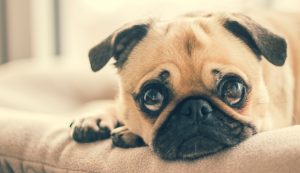 Awww, look at those huge round eyes! Pugs are a small breed of dog that is known for its gentle temperament, apart from being very sociable with people. Pugs are often described as “multum in parvo” or “a lot of dog in a small space”. This refers to the pug’s charming personality despite being a small, stocky breed of dog.

Pugs are compact, muscular and is built well enough to have some serious play time with children. They make a great lap dog as they are very much in tune to their owner’s moods and are a breed that’s eager to please. They thrive a lot on companionship and seek affection and attention from their owners. 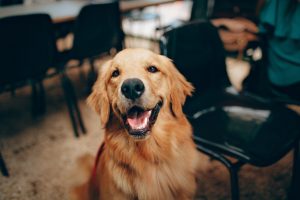 The Golden Retriever is best known for being kind, friendly and confident. Apart from being great family companions, Golden Retrievers have been used as guide dogs, mobility assistance dogs and search & rescue dogs due to their patient and sociable traits. Being the social butterfly of dogs that they are, they would fit in perfectly in multi-pet households that include cats.

The Golden Retriever was bred as a hunting companion and could be trained to sit still for a longer period of time, compared to most breeds. Their trusting and gentle nature however, would be a disadvantage if you are looking for a dog to guard your home. 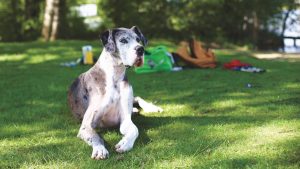 Don’t be fooled by the large and imposing stature of this breed. The Great Dane is a gentle giant! Not only are they known for being affectionate with their owners, the Great Dane is able to fit in well with multi-pet households; with other dogs and cats.

This breed is generally non-aggressive and do not exhibit a high prey drive. So yes! You wouldn’t have to worry too much about a Great Dane chewing away at the upholstery or chasing other smaller pets away. With proper socialization and training, the Great Dane would make a great pet for families. Otherwise, they may be fearful or aggressive towards strangers and new living environments. 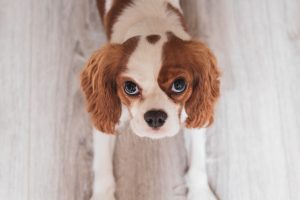 The Cavalier King Charles Spaniel is a small, cute bundle of fluff that’s highly affectionate and definitely eager to please! They are patient and playful, making them an ideal breed for families and are highly adaptable. In an apartment in the city, or a country home, the Cavalier King Charles Spaniel would feel just right at home. This breed is adaptable to multi-pet households, especially if the other pets are trained.

Adaptability is the strength of this breed. They can be your companion either way, if you have an active lifestyle or, if chilling out is just your thing. Playful or being a snoozer on your lap, the Cavalier King Charles Spaniel would fit into your lifestyle just fine. 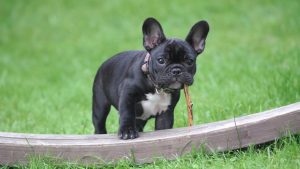 The French Bulldog is a small breed of dog that’s known for being relatively quiet; they hardly bark! This breed of dog is patient, fun-loving and is amiable with other dogs in the same household. They are a human oriented breed and are trainable. This is a breed that’s eager to please and demand your affection.

Separation anxiety is a real issue with these dogs. That’s how much of a clinger they can be! Leave them alone for hours on end and you may run a risk of having the house messed up. This is a breed that works best with having someone home to keep them company. 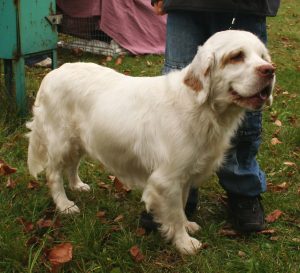 A real snoozer on this list, the Clumber Spaniel. This breed of dog is best suited for homes that have a slower and quite pace of life, as they take a liking to just eating, lazing and spending free time sleeping. The Clumber Spaniel is described as gentle, loyal and affectionate.

The Clumber Spaniel may appear to be distant or aloof around strangers and requires some warming up to, with unfamiliar humans and new environments. They do not bark much and their slower nature makes them a great companion. 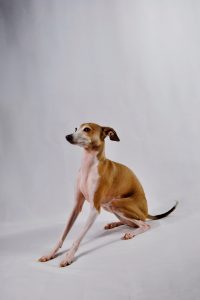 Greyhounds and laziness. That doesn’t sound right, doesn’t it? When they’re not racing or chasing after prey, Greyhounds are generally calm and docile. With unfamiliar humans, they can appear to be aloof. These dogs would rather go with the company of their human families or with the other dogs in their pack.

Do not be alarmed if you spot a Greyhound with a muzzle on. These dogs are generally easy-going. The muzzles are usually put in place to protect the dog from nipping others with its nose when it stops running. Having the zoomies is an issue with this breed. 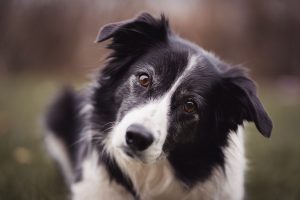 Rough Collies are a loyal, one-family type of dog and are great with families with children. Collies are a herding breed and some may, by instinct, just have the urge to drive others into order. They can be a vocal bunch too, however, they can be trained not to bark.

However vocal they may be, they are non-aggressive and bark as a means of protecting their homes. They are intelligent and trainable, with positive reinforcement working best. This is a breed of dog that is more suited to larger houses in the suburbs or a family farm and less, for an apartment in the city. 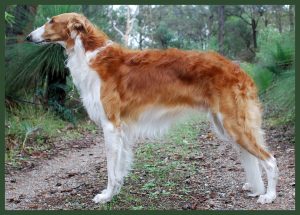 The Borzoi, also known as the Russian Wolfhound is a gentle, quiet breed of dog. They are not highly territorial, dominant and aggressive in nature and rarely bark. This makes them generally not useful being guard dogs. Do not take their independent and easygoing nature for granted though, as they do not like being handled roughly! These dogs are generally reserved around strangers but are highly affectionate with their human families.

The Borzoi is a breed that requires lots of space, for both exercise and just “personal space”.

These are 10 top calm dog breeds out there. In general, they are great with families and you’d run less of a risk of these dogs wreaking havoc in your home. With the right obedience training regime, you can be assured that you’ll have a safe and happy home with these dogs.

Decided on a calm dog breed to adopt? Already thinking of some names to give them? Check out free GigglePets Pet Name Generator tool!