By Giggle PetsNovember 27, 2021Cats
No Comments 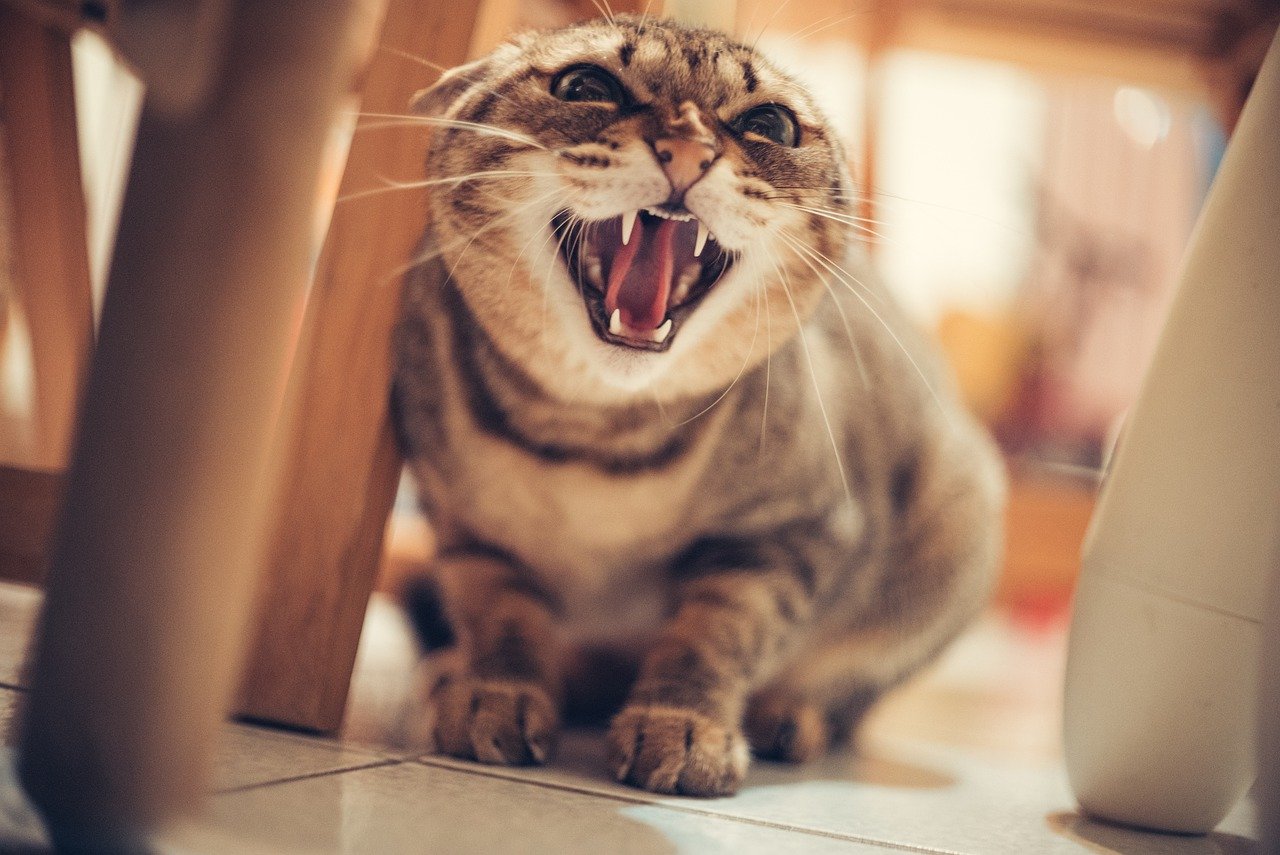 The sound of your cat growling and hissing can be a bit unnerving.  So why do cats hiss? If he hisses at other cats, your dog, or even you, you may become agitated and feel uncomfortable. When your cat hisses, it’s crucial to keep in mind that it isn’t doing so in an attempt to bully you or be mean.

Using hissing as a method of communication is an essential part of a cat’s repertoire. That’s exactly what we’re trying to accomplish! Understanding the language of a hissing cat, as well as the reasoning behind his hiss, will allow you to best assist him.

Hissing in cats is a habit that is frequently misunderstood. A common misconception is that when a cat hisses, it is mocking or tormenting another animal or person.

The hissing of a cat is not considered to be an aggressive action, and it is not typically displayed by an aggressive cat, contrary to popular opinion. Hissing is a defensive body language technique. The majority of the time, it is displayed by a cat who feels wronged, antagonized, or otherwise threatened in some way.

Hissing is frequently used as a means of avoiding a physical confrontation. In cat-to-cat dynamics, the hissing cat is generally the victim, the one being chased or antagonized. Hissing is merely a way of expressing feelings of anxiety, fear, or discomfort.

Cats do not want to become involved in fights in the wild because an injury can result in a slow and painful death. If a cat in your neighborhood or in your home hisses, it may be a warning to stay away from a potentially dangerous situation.

If you’ve just moved your furniture, for example, your cat might be missing some of his or her favorite hiding places. You might also consider whether you or a member of your household is treating the cat a little too roughly.

If it’s a cat in your neighborhood, it’s possible that the cat isn’t very interested in you. You should be alright as long as you keep moving forward without approaching. Cats rarely attack humans unless it is absolutely necessary.

In cats, hissing is a response to several forms of aggression. When cats direct their pent-up aggression toward the nearest target, this is known as redirected aggression. A source such as another animal or a loud sound that agitates your cat may cause her to react aggressively toward you by hissing at you as you approach.

Petting-induced aggressiveness happens in cats who have a low tolerance for physical contact and are therefore more aggressive when petted. Some cats will hiss to tell humans it’s time to quit petting them, whether it’s due to a traumatic occurrence or their inherent intolerance to touch.

When a cat hisses in order to assert dominance, this is known as territorial aggression. Cats can sometimes mistake their owner for another family cat, and they will hiss at you if you enter particular sections of the house or try to move them off of furniture, which can be quite frightening.

May Be Your Cat Is Confused

Cats react differently to different situations, and even mild perplexity might drive some cats to hiss in response to an unfamiliar environment. Your cat may exhibit this behavior while meeting a new cat for the first time and is unsure of what to make of them.

Mother cats, like the vast majority of mammals, are fiercely protective of their young. Regardless of whether it’s a person or another animal, a mother cat will hiss if anyone gets too close to her kittens. Even the most friendly cats can be distant during moderate interactions with their owners.

You should offer your mother cat and her kittens some more room if she has recently given birth and is prone to hissing. This will help her feel more secure.

May Be Your Cat Is In Pain

Animals in the wild attempts to avoid being taken advantage of by concealing any areas of vulnerability. Unless there is a serious problem, cats will not instantly display signs of discomfort and suffering.

Hissing could be an indication that your cat is in discomfort. It is because cats are trying to avoid interaction with humans (especially children) and other animals.

In addition, if you see your cat spending more time alone or sneaking away to places where you can’t quite reach them, those hisses could be part of their strategy – essentially saying, “stay away from me!”.

May Be Your Cat Is Afraid

Generally speaking, cats who have not been properly socialized are scared of new people and will hiss to indicate their concern to their owners. Going to unfamiliar places, such as a shelter, veterinary office, or a different home, can also cause your cat to get fearful, resulting in hissing.

Punishment is another fear trigger that will lead most cats to hiss as a warning to back away from the source of the threat.

Why Do Cats Hiss at Dogs?

The same reasons that cats hiss at other cats are also the reasons why cats hiss at dogs. If your cat is feeling threatened by your dog, he or she may hiss in an attempt to reclaim control. In other words, he or she is warning your dog not to get too close.

Because dogs and cats communicate in different languages, your dog may not understand what your cat is attempting to communicate. Even worse, your dog may be inclined to chase after your cat, which you must prevent at all costs!

Depending on if your cat is being particularly stressed by one of your other pets (a dog or a cat), you may need to reintroduce them to one another. Keeping them in separate rooms for a while and feeding them on opposite sides of a closed door will accomplish this goal for you.

Allow them to become used to the odors of one another in a non-threatening setting. Once they have regained their composure, gradually introduce them to face-to-face encounters under supervision.

How To Stop a Cat From Hissing

Because you don’t want them to attack or show symptoms of aggressive behavior if they’re hissing at you, the first thing you should do is give them some distance. Keeping an eye on your cat’s body language will help you assess how they’re feeling before petting them, which could prevent your cat from hissing at you.

If you have any children at home it’s also a good idea to educate them about proper cat behavior because children aren’t as adept at reading your cat’s body language as adults.

You should also make sure that your cat has a safe place to retreat to when they’re feeling nervous or frightened. Igloos, cat trees, and other high-altitude vantage points are ideal for these nocturnal creatures.

In addition, rewarding your cat with toys, treats, or canned food may reduce the stress and anxiety that’s causing the hissing. So now you are aware of all of the possible reasons why cats hiss and how to avoid them. 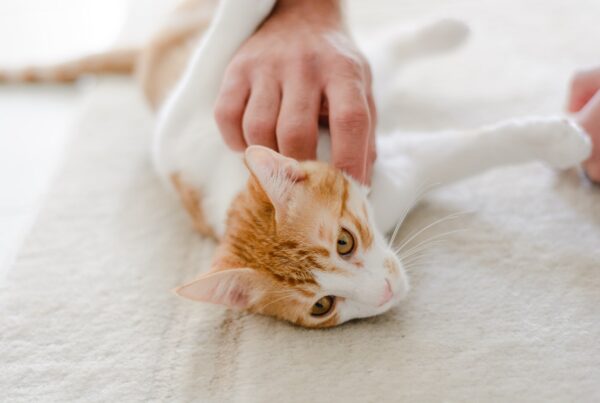 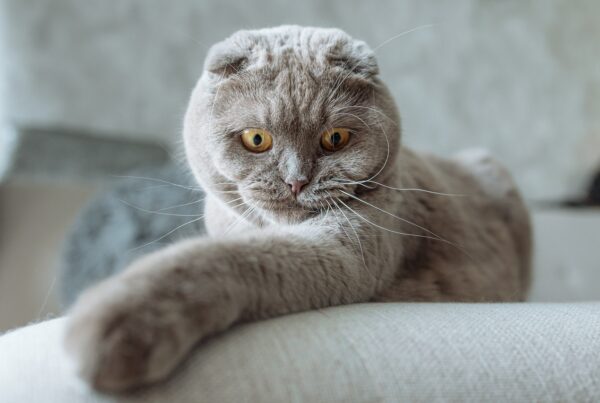